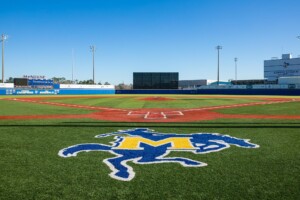 There is still a lot left to do for the program and its teams. With that in mind, here is what 2023 could bring to McNeese.

With four Southland Conference tournaments being hosted in Lake Charles, the Cowboys have chance to make a move in the league.

The university can make a real dent in becoming the top athletic school in the SLC by winning at least one if not two of them. The best chances will be in baseball and softball, where McNeese has become a power in both.

Along with track, the spring could really be a bonus for McNeese as the university’s rebuilding facilities will have the national spotlight put on them thanks to hosting the tourneys.

If the two basketball programs can win some games and make tournament runs, it will be a huge bonus to the athletic department.

There will also be renewed talk over the summer to college football realignment and McNeese will once again be mentioned. That is the world we live in now.

Each round of change will make for more and more opportunities coming for the Cowboys. Just where they end up will greatly depend on what happens at the upper level of college football.

Speaking of football, the fall will bring new hope for the Cowboys who are coming off a huge early singing day earlier this month.

Gary Goff inked 24 players for a program in desperate need of talent and depth. Suddenly, with all the coaching changes in the league this offseason, McNeese has a chance to bounce back quick after three seasons of losing.

But the biggest fact heading into the new year is that the light at the end of the tunnel appears to be getting brighter and closer.

As the department continues its rebounding after the past few years each new season brings more interest and hope.

It’s what makes the upcoming year so interesting.

Jim Gazzolo is a freelance writer who covers McNeese athletics and is the host of Poke Nation on CBS-Lake Charles.