Jessica Waldrop,
Outside the tiny window the tree blew back and forth like a blade of grass on the prairie.

The wind howled louder with each gust and the rain battered against the roof and walls trying its best to enter the home we were staying in.

This despite the fact we had evacuated some 40 miles away from the center of trouble. For some three hours I wondered first if we were safe and second if I had a home to return to.

Power flickered but never went out, at least in our little area of the world.

While others tried to get some rest, I sat in the chair and watched that tree fight for its life despite winds that would reach around 100 miles an hour for up to three hours.

The tree would eventually lose its battle with the wind, but the roof stood firm. Eventually, Hurricane Laura moved on, leaving death and destruction in her wake.

As the sun came up we saw sites I had only seen on television and never really believed. That tree I watched fight and finally fall had actually split in two with one part falling in front of my car and the other in back.

Maybe my house would be so lucky. Either way, it was time to find out.

What had been predicted was a storm surge that was “unsurvivable” according to weather folks. That never came, meaning some believed we had “dodged a bullet”.

Instead, Southwest Louisiana had been hit by a bomb.

Upon returning, each mile traveled saw more and more damage. Trees were down, wires lay across streets, signs ripped from the ground and not a single street light was working.

The town we had left just 18 hours earlier no longer existed.

What was left was a shell of Lake Charles. The insides of buildings were exposed, living rooms had trees for house guests and people walked around with stunned looks on their faces.

People were lost. You could hardly find your way home since all the landmarks you were accustomed to were gone.

This might not have been hell but it was clearly an off-ramp on the highway there.

Finally, after zig-zagging through debris we found our way into the neighborhood we called home for a decade. But pulling into our driveway was not an option.

We could only get close and had to walk the rest of the way around fallen trees and parts of neighbors homes.

What we found as we came across our house was interesting. Our fence was gone, most of the shingles from the roof were at my feet but it was standing. That’s the good news.

Upon entering the story was different. Water had run through most of the ceiling, which part was on the living room floor. There was a smell of my old college apartment the day after a party.

Not something I wanted to relive.

The story is the same for most all in the town but at different levels. Of my three kids living on their own, none have a home to live in. All are displaced.

But after the initial shock, and after all the national media has left and forgotten about Lake Charles, the reality really sets in and you go to work.

There is still a lot of work to be done. Cleanup will take years not days, weeks or months. But it will get done for there are no other options.

Every day things are a little better. First it was running water, then electricity. Hopefully the internet is next.

All things we take for granted, like stopping for gas, became an issue. Now, at least that’s no longer a problem.

Schools are opening, businesses are trying to bounce back and the sound of hammers hitting nails is everywhere. It’s the noise of life getting back on its feet.

I have realized that politics, pandemics, riots and even, dare I say, baseball scores matter little.

Worrying about having a roof over your head seems stupid until you find out that roof only serves as the start of a waterfall to your couch. Then a roof means everything.

Yet I don’t consider this a sob story, or woe is us by any means. This is more about finding out what a town can do when it must.

Lake Charles has rebuilt before and it will again.

My home will be rebuilt and like the town probably end up being better. It’s not the way we would like progress, but it is what happens.

When I think about it, all those coaches I’ve had over the years really had one message that proved right. It’s not how you got knocked down, it only matters how you get up.

I have found that while most people in Lake Charles don’t like getting knocked down, they do seem ready to get back up.

This is not a fight we wanted or went looking for, but it is one that we will win. After all, what is the option.

If that tree can put up a fight that’s the least we can do as well. 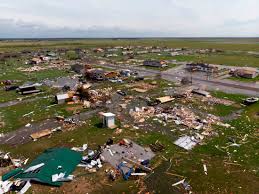 Through the Storm: Part 2 - Days of Devastation

Through the Storm - Winds of Destruction (Part 1 of 3)